A mantra of the Expedia group is to be Locally Relevant Globally. This means to have the reach to allow people to use and trust Expedia brands around the world, but to acknowledge and embrace the fact that things are done differently in different cultures and travel needs change, along with time zones, as we move around the planet.

Traveldoo is committed to bring this thinking to our business travel and expense platform. To accelerate our program of expanding geographic capability we have contracted with one of the Big Four accounting firms. With offices in almost every country in the world, teams of consultants are studying, on behalf of Traveldoo, all the regulatory fiscal information, written in the local languages, to enable our development teams to build a platform complaint with local regulation.

Sometimes this is straightforward. VAT isn’t’ the same in the UK as it is in France, no big deal. Sometimes, however, you need to go the extra mile. Let’s talk about Finland.

In Finland, company employees can claim for mileage done on business trips. So far, so normal. But the winter in Finland is severe and much of country is under heavy snow for months each year. So, the mileage rates, issued by the government accommodate this by giving separate amounts for cars and snowmobiles. Not only that, the mileage rates in Finland vary depending on what you are using your vehicle for. The base rate is 41 cents per kilometre, but this can be raised by:

So, if you are a Finn, off to your business meeting, through a forest, on a snowmobile with your dog on the back. Don’t worry, Traveldoo has you covered. 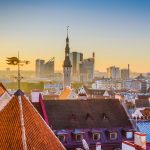 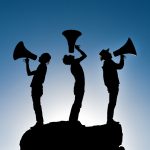