As I write this editorial, I realise it’s already the beginning of December and 2018 is coming to an end. We all get that strange feeling that time passes too quickly in the run-up to the holidays. Although the year is not yet quite over, it’s already time to reflect on the past twelve months while looking ahead to 2019. Following the success of the Business Travel Advent Calendar last year, we have decided to launch it again for the second year in a row. Every day, reveals a fact or statistic that has marked the year.

So, what will we take away from 2018? What are the noteworthy events for business? In all honesty, 2018 had a difficult start with industrial action in and an increasing number of strikes in France, both of which had an impact on business travel. From June, we became caught up in the World Cup, drawn into a kind of collective frenzy which saw the French team crowned World Champions.  Then since September, we have seen some record transaction numbers allowing us to make up for lost time.

Throughout the year, we have witnessed troughs, rapid recoveries and acute peaks. Sometimes leading us to wonder if everyone had decided to jump on a plane and create expense reports all at the same time – a previously unobserved phenomenon.

During 2018, Traveldoo expanded its field of activity with the development of new regions such as Asia and countries in Northern Europe. We continued to gain market share in both France and England and haven’t seen any decline in activity that could be linked to the Brexit effect, in fact quite the contrary, Traveldoo is continuing to grow. At the end of 2017, we embarked upon a large-scale project with a major audit firm to obtain the SSAE 18 (type II) certificate in Europe and the United States. This certificate was issued to us unconditionally in November. This is an important step for the company as part of our international expansion.

Generally speaking, the digitalisation of all business travel-related processes is of benefit to our strategy, to strengthen developments within the Travel and Expense solutions market. With a few exceptions, companies looking for solutions now systematically integrate both aspects. As 2018 draws to a close, we are expecting 2019 to be another year of growth.

The Traveldoo teams join me in wishing you a happy festive season! 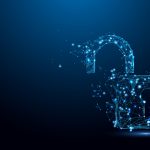 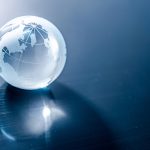 Trends for Business Travel in 2019Edito