The digital revolution is transforming how companies organise themselves, and the travel sector is no exception! The 39th edition of the IFTM Top Résa/Map Pro tourism trade fair illustrated this perfectly. For the first time in the trade fair’s history, a digital village was set up to bring together members of the digital ecosystem covering all areas; from social networks to e-commerce and CRM, as well as retargeting and mobile. The first IFTM Hackathon saw tomorrow’s tourism-focused web developers go head to head against one other, while the Travel Hub, which was launched in 2015, welcomed 45 start-ups.  The Start-up Contest, now in its third year, gave awards to the best start-ups present at the trade fair, attracting 35 applicants..

The organisers stated that approximately 30% of attendees to the trade fair were primarily interested in business trip offerings, and these visitors’ interests were the focus of several mini-conferences during the trade fair. This year, the annual FCM/EPSA/Déplacements Pro survey provided a snapshot of the sector as seen by business travellers. The results showed that the digital revolution is slowly but surely shaking things up in the business travel sub-sector too. While 63% of business travellers would like to benefit from services in the sharing economy – like Airbnb or HomeAway (part of the Expedia group) for accommodation, or Uber for transport – only 6% have used private accommodation thus far, and only 20% have taken rides in cars other than traditional taxis, with just 4% having used both of these during a business trip. The main reasons for this low usage are that company policies tend to remain incompatible with these offerings, and business trip management has not really “assimilated” these services, however  no one would disagree that the process of transformation is under way.

The survey looked at business travellers’ perceptions of the latest progress in the field of artificial intelligence in terms of machine learning and natural language. According to the results, two thirds of business travellers think AI will revolutionise the travel sector, just as the Internet has shaken up booking methods over the last 25 years.
However, it won’t take more than a couple of decades for the repercussions of AI to have a real impact on jobs. Predictions in this respect vary greatly, though: some experts claim that only 10% of current jobs are threatened by AI, whereas others say 80% (or even more) of jobs are at risk of being wiped out. One thing is clear: humanity still hasn’t invented a machine capable of predicting our own future.

According to the annual business travel survey, 71% of business travellers think it unlikely that travel agents will be replaced by robots and virtual assistants, as technology and humans still complement one another.  Nonetheless, the question of how human capability measures up against AI’s increasingly powerful algorithms is a big issue in all areas of work.
Some researchers believe, we have about 20 years left until machine intelligence surpasses human intelligence. Luckily, we are not there yet. 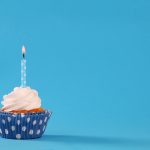 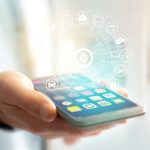