Protection of personal data, upheavals in the travel distribution value chain, virtualisation of expense reports… 2018 will be a year of major changes in our ecosystem.
Adopted by the European Parliament in April 2016, the new European regulation for the protection of personal data, the General Data Protection Regulation (GDPR), will come into force on 25 May 2018 in all member states of the European Union. The GDPR applies to all processing of European citizens’ personal data. The aim of this new unified legal framework is to adapt the law relating to the processing of personal identification data using digital technologies such as the Internet and Cloud Computing.
Businesses therefore have on average a little more than four months to make themselves technically and legally compliant with the GDPR, even though the law might still change in certain areas, and to thoroughly overhaul the contracts signed with their technology and services suppliers. This is a critical prerequisite that is made no easier by the emergence of Cloud Computing, which can be at times opaque for businesses trying to localise their data.

“Is my data effectively secured, is its confidentiality guaranteed, is it stored on servers in France, in Europe or elsewhere? How do I bring the data back onshore if needs be? Where is it transferred to when processing is outsourced to a subcontractor? Once it has exceeded its legal lifetime, is its erasure technically verified?” These are just some of the sensible questions that data processing managers are advised to ask themselves to bring their own processes in line with the GDPR.

The second major trend of 2018 is the virtualisation of expense reports in France.
In March 2017, another step forwards was taken in the French government’s initiative to simplify administration, and it is now unnecessary for businesses to retain their supporting documents. According to Article L. 102 B of the French tax procedure handbook, digital records have probative force in the event of tax inspection. The practice should be fully deployed this year and will mean time saved and fewer errors made.

Lastly, this year the “Travel” ecosystem will be monitoring developments in the implementation of the “New Distribution Capability” (NDC) by some airlines very closely. Following the example of Lufthansa and British Airways, Air France-KLM has announced the adoption of this new standard, developed by the International Air Transport Association (IATA), when presenting its 2017 third quarter results last November. Using NDC, it will be able to offer its customers enhanced and personalised offers directly.
We do not yet know whether the company expects to liberate itself from all or part of the “Global Distribution System”, but we do already know that from 1 April it will introduce a distribution surcharge on sales through GDS and that it intends to develop chargeable(?) options on its NDC platform for access, booking and sales for its “Travel” partners. This new Air France distribution strategy represents a genuine upheaval in the travel distribution value chain and the expense redistribution mechanisms currently in place. To be continued… 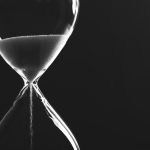 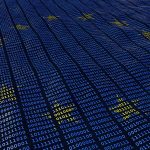 Proactivity and organisation, the driving force for GDPR complianceEdito