One of the healthier evolutions in how technology is made came with the mind-set change from trying to be right, to trying to learn. Finding ways to test your ideas objectively is a great way to make sure you are investing company resources in a good direction.

It’s not easy however, as it requires a certain humility to deal with being publicly wrong. But the companies that have managed to transition to such a testing culture are proving themselves tough competitors to beat.

So here’s a question … could we do the same with Travel policies and booking tool configurations? Today, the process of building and rolling out a policy can be long winded and bureaucratic. Lots of stakeholder meetings, office politics have to be navigated to finally get a document published and then reflected in the settings and rules of an online booking tool.

Given the rigidity of this process, it’s hard to imagine that we could or should try crude or major tweaks such as blocking a cabin class for all travellers. It could of course help with budget goals but would not be acceptable as it could prevent people taking needed trips if that was the only fare left.

But we could experiment with more subtle factors, such as the sort order or the messages which are shown to travellers as they go through the process. If half the travellers used the tool with a new sort order for flights, perhaps more strongly weighting price than time, it would be possible to check if this impacted average ticket prices, route-by-route when compared against the other “control” half of the experiment.

If the results were both statistically significant as well as interesting from the point of view of the travel program KPI, a choice could then be made to keep the new settings.

We often agree that we want the business travel industry to evolve and innovate faster than it does. Leveraging a “test and learn” culture at the level of policy and program could be one way to move faster in that direction. 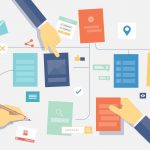 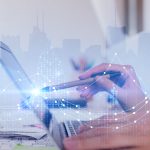 How to maximise OBT usage?Product