At the end of last year the opposition chief whip in the UK house lords was forced to quit after admitting claiming expenses for overnight accommodation in London and for commuting by train from Brighton.

Lord Steve Bassam claimed £260,000 over seven years – £36,366 a year – in an allowance for senior members of the House of Lords if their main home is not in the capital.

But at the same time he claimed £41,000 – £6,400 a year – in travel expenses for rail tickets and cab fares as he made the one-hour, 55-mile train journey daily from Brighton to London.

The Lords office holders allowance claimed by Lord Bassam is essentially a second-home allowance for senior peers whose duties require them to be in the Palace of Westminster for long hours.

This recent episode brings back memories from 2009 when many UK MPs were caught up in an expenses scandal which included claims for re-imbursement for such essentials as moat cleaning.

Of course it’s embarrassing for public figures to be caught out in such a way and amusing for the rest of us when the way they do so is ridiculous. But it highlights a serious point. a lot of money, a lot of business cost, is transmitted through a channel which is often not well controlled or monitored.

Travel and expenses systems, such as the on provided by Traveldoo offer a level of basic dis-incentive for people to give in to temptation and try to reclaim money which they are not owed. As well as imposing a strict system of expense types, online approval systems mean that all relevant or suspicious claims can be checked by the appropriate budget holder.

Companies are increasingly obliged by fiscal accountability regulation to ensure that their staff members are not able to cheat the system in the way that Lord Bassam did last year. Companies like Traveldoo can offer an easy way to prevent such behaviour and save up to 25% on processing costs in the meantime. 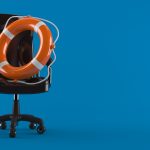 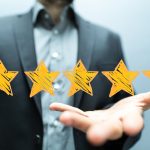 Customer Service back in vogueMarket