Trying to square this circle is a tough job, especially when we are holding many separate conversations with many different customers. This is why we are going to try something new in 2017. We are going to build a Traveldoo user community and start having an open conversation with the community, as a whole, about what are the most important topics for everyone.

The kick-off for this will be our new User Group which will have its first meeting next month. At this event we will launch a new feature request system. This system will be open to all our direct customers and will allow them to log all their ideas, suggestions, requests, etc. All the other members of the community will be able to see the request of all the others and will be able to vote on which ones they think are the most important. A “wisdom of the crowd” effect will then act to make the most popular ideas bubble up to the top of the list.

The product team at Traveldoo will then have great data to know where to best spend its time. Which topics really need serious consideration for adding to the roadmap and which should be, based on the collective scoring coming from the customers, left for later.

We do not expect this system to make everyone happy. As we have seen in the political world recently, democratic systems produce results which can be shown transparently to be fairly made (according to the current set of rules) but they aren’t by any means necessarily going to be what everyone, individually, wanted. But in the end, transparency and rules are the best way we have thought of yet to make collective decisions and this is an approach which the Traveldoo product team will adopt in the coming weeks. We hope many of you will join the community, your participation will fuel its success. 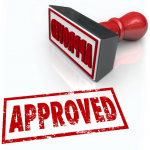 Stamping your approval on T&E?Product 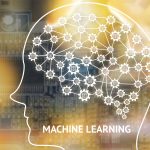