Since its launch in 2000, Traveldoo has experienced a continued growth in business. 2016 will mark a major turning point in the acceleration of its development. This is due to the recent sales success with key accounts (CAC 40 members) and also to new trade agreements with the major chains of TMCs in France and the United Kingdom. The company now generates half of its business working with re-seller partners.

To support these business successes, Traveldoo have put together many resources including human, technical and infrastructures (new facilities) to meet the demand. The recruitment program which started at the beginning of the year has allowed us to double the number of the staff (developers, projects managers, support, etc..) and to strengthen the board members.

In June, Daniel Fitzgerald joined Traveldoo as CPO (Chief Product Officer) and more recently, Romain Ehrhard as CTO (Chief Technical Officer). Daniel Fitzgerald brings to Traveldoo a unique experience of 10 years in various positions at KDS, as Manager of pre-sales, Product Manager and VP Product Strategy. Daniel is graduated from Cambridge University and shares his time between our offices in London and Paris.

Graduated from the Ecole des Mines of Nancy (France), Romain has an extensive experience as CTO in startups and companies such as Mappy or most recently PagesJaunes where he was in charge of the Mobile team.

Strengthening our organization serves a number of purposes: generate growth, anticipate and follow the market evolution, meet the user’s expectations and supporting of clients in change management during the implementation of our T&E solution.

The committed investments demonstrate the willingness of Traveldoo to accentuate its efforts in innovation and the leadership of its solution Travel & Expense (T&E) on the web platforms, mobile technologies and Cloud-oriented environments. 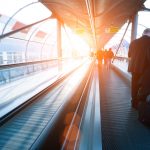 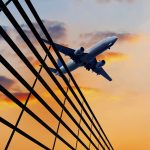