The Stars are Smiling

I’m working away from home for several days each week. But that’s OK, I have AirBnB and Uber on my phone and they are great at what they do. Life is just easier with them in the world. One part of their systems that really works is the way they have integrated their ratings system. They have both taken the bold decision that it’s pretty much not optional to rate your previous experience in order to get your next one. But the quid-pro-quo is that it’s very quick and easy to do so, just tap or swipe a star rating indicator. It’s not the best use of my time, but if the rest of the experience is very well curated, you can interrupt me for a few seconds for more-or-less anything and you aren’t going to burn through the built up good will. And my personal experience is that because ratings are “baked in” the people offering the services, the drivers and home owners, really seem to make an effort. I think I notice this particularly in France where service quality is no longer recognised, rewarded and so encouraged via “tipping”.

The second increasingly prevalent customer satisfaction measure which also seems to have hit a methodological “sweet spot” are the physical smiley face buttons, often housed on their own podium, which can be found in the foyers of all kinds of shops, in public restrooms or anywhere you might, in past times, have encountered someone with a clipboard asking you for “only 5 minutes”. These don’t even require you to pause as you walk past and also, we can imagine, punching a face if you are dissatisfied has a certain attraction which filling in a form will struggle to match.

Both in the virtual and physical world, connecting suppliers closely to the experiences and levels of satisfaction of their customers and users is global good. It encourages insight and empathy as well as enabling problems to be fixed faster, for pain to be alleviated before it builds into something worse which could sour or even end the relationship.

Traveldoo is currently designing our first micro-interruption “snap poll” approach to user satisfaction. We will only sample a random, very low, percentage of users, but still enough to have statistical significance. We will ask them to tell us, in 1 second or less, “how are we doing?”. No forms, no comments, nothing to replace or change our usual support processes. But we hope to analyse this data to look for patterns which will give us real statistical data on what is working well and what needs further work. We are convinced that by being closer to our users, as they move through their Traveldoo experiences, we can be a better supplier. 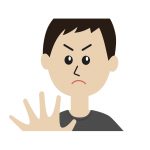 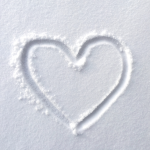