Eurostar-Thalys merger: the rail battle is on!

The Rail battle has been launched! The merger of its two subsidiaries, Eurostar and Thalys, will enable SNCF to compete not only with its direct European competitors but also with low-cost airlines and car travel, offering a more eco-friendly alternative to air travel.

SNCF’s “Green Speed” project plans to increase passenger numbers from its current 18.5 million passengers (11 million for Eurostar and 7.5 million for Thalys) to 30 million by 2030. As it is now so easy to travel between Paris, London, Amsterdam and Cologne, SNCF will create additional demand that will enable it to attract new customers both domestically and internationally.

This merger will make it possible to combine reservation and ticketing systems, provide joint fare offers and standardise both frequent flyer programmes and maintenance activities.

Increase the number of trips of less than 3 hours

To achieve their 2030 passenger objective, SNCF intends to attract customers who would typically travel by plane or car to cities that Thalys and Eurostar can connect with, within 2 or 3 hours. Journeys of less than 3 hours are the company’s primary target: today, rail is a viable and practical option for routes such as London to Paris. Flying can actually be a hindrance on shorter journeys: safety procedures, boarding, return taxi fares between airports and city centres along with “flight shaming” can all lengthen travel time and increase the cost of a trip.

Getting ready to open up to competition

While consumer pressure on environmental issues and eco-activism has already led to a decline in air traffic, SNCF is developing projects with a “green” focus, as part of the merger between Thalys and Eurostar.

The rail battle involves many operators across the rail and air sectors, which will result in a redistribution of market share on a European scale. 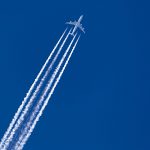 Flight Shaming, what impact does it have on business travel?Edito