Attempts to defraud, negligence and poorly handled procedures are causing millions of euros to be lost during business trips. This is harming both companies and employees.

700 euros per employee, per year. This was the cost of expense account fraud within companies in 2016, according to a study conducted by a specialist in the field, Captio. A study published this year by the accounting and consulting firm wity.fr confirms a number of bad practices in this area: results from their survey showed 30% of respondents admitted to inflating their business expenses, particularly with regards to travel, accommodation and meals. VSEs and SMEs are said to be twice as affected by this pattern of behaviour than larger companies. In smaller organisations, fraud can affect up to 15% of all expenses generated during business travel.

This is apparently a widespread epidemic which extends far beyond French borders. A survey of more than 1,200 business travellers in the United States, United Kingdom and Australia, conducted in the spring of 2018 by the Association of Certified Fraud Examiners (ACFE), indicates that fraudulent spending costs American companies nearly $1.9 billion per year. It should be noted that 58% of the employees who admitted to cheating are not executives. Managers have a low fraud rate of just over 6.2%, but have a high tolerance when it comes to expenditure. The ACFE points out that a lack of automated expense report tools encourages employees to evade the rules.

Employees: both guilty parties and victims

However, the mere willingness to defraud does not fully explain this trend. The wity.fr study reveals that only 7% of respondents know exactly which costs can be reimbursed by their employer. Clothing costs are often classed as falling within the scope of possible reimbursements, as are health costs. On the other hand, workers are often unaware that costs linked to working remotely can be covered by their employer. The procedures in this area are often poorly understood: 57% of employees do not know that they are required to cite the names of those invited to a business meal. In fact, 81% of them are unaware that the reason for the invitation must also be specified.

A study carried out in 2016 by Unit4 also showed that the loss of income due to bad practices was significantly detrimental to employees. Over the nine countries surveyed (United States, Canada, United Kingdom, Spain, France, Netherlands, Germany, Belgium and Sweden), the report indicates that a total of €14 billion euros in expense claims are unclaimed. In France alone, this amount represents 600 million euros each year, which is an average of 212 euros per employee. The main causes are small amounts of money, loss of supporting documents and failure to send the request through. 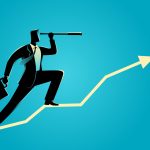 The new markets driving the growth in business travelMarket