Flight Shaming, what impact does it have on business travel?

“ Flight shaming ”, feeling the stigma of flying, is a major current talking point, especially in Sweden. The country has seen its air traffic decrease over the past year, whereas global forecasts predict growth*.

According to local authorities, Sweden has shown a 3.8% decrease in the number of passengers on flights since the beginning of 2019. This figure includes 8.7% for domestic flights and 2.6% for flights to foreign countries. The introduction of the environmental tax on air transport and Greta Thunberg’s activism seem to have discouraged Swedes from flying.

However, these figures contradict the projections for the next few years. According to Airbus, the number of aircraft in service will double by 2039, reaching 48,000. What’s more, fleet renewal will make it possible to become carbon neutral. Passenger numbers are also expected to double from 4.3 billion in 2018 to 8.2 billion in 2037*.

From a professional point of view, when it comes to travel policies, companies need to be pragmatic. Trains can be chosen for journeys of less than 3 hours and beyond that the plane is preferred. Some regions, such as Asia or the United States, favour air transport given their geographical size and therefore the time it takes to travel.

However, the environmental demands from customers, both private and professional, are increasingly being felt and transport operators must be prepared to respond to them. To achieve carbon-neutral growth by 2039, the industry will need to be innovative in terms of resources, but also in terms of communication to enhance the value of the actions implemented, and to reassure the increasingly sceptical public.

Although unpopular, some measures have already been tested by airlines, such as charging a surcharge to offset carbon emissions or no longer providing in-flight duty-free sales. The CORSIA programme, designed and adopted in 2016 to offset and reduce CO2 emissions for international aviation, will also be closely monitored.

The stakes are high for players in this sector. They will have to increase communication about their actions and results, or they run the risk of having their image tarnished and their business substantially weakened. 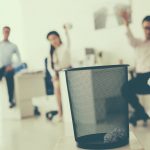 Expense reports: Get rid of your receipts!Edito 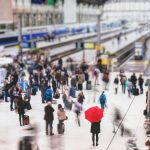