News cycles in the past few months are flush with tales of espionage and deception. From Mueller’s drip-drip revelations of Russian operations to influence US elections to the arrest of an alleged American spy (or wedding attendee … you decide), in Moscow. Indeed, it’s a big bad world out there.

The spying incident that caught our attention was a group of Russian nationals allegedly trying to hack into the computer network of OPCW (Organization for the Prohibition of Chemical Weapons) headquarters in the Hague. They were loitering outside the offices of OPCW when the Dutch police swooped in. Investigations revealed, amongst other hacking paraphernalia, a mobile phone with a photo of a taxi receipt! Spare a thought for our fastidious Russian agent, crisscrossing the globe on covert missions yet diligently collecting the receipts for reimbursement.

Unwittingly, he brought to the fore one of the biggest problems facing business travelers – expense management! Nobody likes it but it’s a necessary evil, one you can’t do without. We at Traveldoo are relentlessly focused on making the lives of business travelers easy and hassle free.

With our modern expense management app, the traveler can log their expenses on the go. The Optical Character Recognition feature assists at traveler with filling out the expense forms, hence fewer mistakes. And with our receipt archiving feature, the receipts are timestamped and safely archived for 10 years. The stamp abides by the French and European legal standards viz. RGS and eIDAS respectively.

Here is the lowdown – after an expense report is approved by the supervisor and financial controller, a pdf file is generated containing the summary of expenses and receipts. This document is timestamped and stored in an electronic archive system. This archived document can be later accessed via a web interface. The traveler need not even keep a digital copy of their expense receipts.

Not that we aspire to help travelers cover their tracks, but the archiving feature could help save the day for the modern, office admin focused, international Spy. 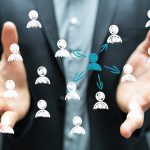 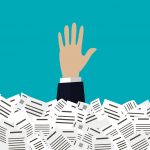