A global environment but not standardized

However, a globalised business environment comes with many challenges, and recognizing, and understanding culture variations can make the difference between success and failure, as well as avoiding misunderstandings with clients and colleagues from abroad.  Cultural sensitivity around, the language, the religion, the values, the customs and the history, are vital, as are the differences in legal compliance, local intricacies, adoption and legacy systems.

Subtle differences in culture have to be observed to build trust. Communication styles and decision making differs from country to country. To be an effective global leader you need to appreciate the differences, to be able to lead and motivate across multi-cultural teams. With the rise in social media and communication channels used in business such as skype, conference calls, text – the impact of cultural differences is even more prevalent.

You may think the UK and USA are similar in culture, yes, they have the same language. Americans tend to precede anything negative with nice comments; French, Dutch, Israelis, and Germans get straight to the point; Latin Americans and Asians are steeped in hierarchy; Scandinavians think the best boss is just one of the crowd. It’s no surprise that when they try and talk to each other, chaos can often break out!

When it comes to business meetings, it is common practice in Germany to follow up a business call with an email to re-cap and confirm the points made in the conversation. In contrast, Saudi Arabia considers the telephone conversation to be enough, and if you were then to write to confirm the discussion points it may be perceived as a lack of trust.

So how do you being together teams from starkly different backgrounds to work harmoniously together towards the same common goal.

How to manage cultural differences when going global

The three areas to focus on include:

Communication is vital in an international business, ensuring effective communication can literally make or break the success of a new project. We often here the phrase ‘lost in translation’ due to subtle differences in language and this can have a major impact on business communications. When deploying a new project globally, consider any language barriers that may hinder the communication between you and other markets involved.

As well as the language, how the messages are conveyed is also important including the tone. For example, in countries like the US or Germany, it is common for people to speak loudly and be more assertive when sharing ideas amongst colleagues. However, in countries like Japan people typically speak more softly and have a more passive tone when making suggestions to colleagues. A further example is how direct or indirect cultures are when it comes to communication, the word “no” would frequently be used by a German or Dutch person whereas an Asian is more likely to say “That could be difficult “.

Another consideration is around etiquette, mannerisms and gestures that are commonly accepted in each culture. Behaviour that might be commonplace in one culture could be unusual or potentially offensive to a client or colleague overseas. A business handshake is the norm in European and US cultures, but in some Middle Eastern cultures, handshakes are seen differently. By contrast in some cultures, handshakes must involve the right hand only as the left hand is seen to be unhygienic.

In some cultures, such as Arabian countries, Latin America and Southern Asia, business hierarchy plays a major role in the workplace. In these countries the culture dictates a top down approach to communication and those in authority are not challenged. In contrast, Northern Europe has a much more relaxed approach where authority can be challenged, and the workplace works in a more collaborative team approach.

Global roll-outs can be a challenge but approaching these projects with an appreciation for the cultural differences can help businesses succeed internationally. For further insight, Erin Meyer the author of the Culture Map, highlights the significance of cultural differences, giving a fascinating insight into the subtilties of managing global programmes. 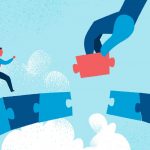 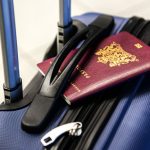