In the shadow of Europe’s leading states, several Eastern European countries are making their mark with breakthroughs in digital innovation and conversion. This directly benefits companies.

Slovakia is often cited as a leading country as far as the digitisation of organisations is concerned. Since 2010, this little-known Western European country has been developing a portal designed to display where public procurement funds are used. And, what about Estonia? This country is sometimes referred to as e-Estonia due to its rapid economic advancement. The country has become tech savvy, innovative and highly connected due to an extensive wireless network across the country.

Medical prescriptions, votes, and the payment of invoices and taxes are just a few examples of the transactions that are fully digitised and processed online.

With some well-known success stories, such as Skype, Estonia has become a point of reference for its adoption of the digital shift. Three years ago, it became the first country to implement e-Residency, a new digital nation for Global Citizens powered by the Republic of Estonia. E-residency offers a government issued digital ID to encourage entrepreneurs and companies to start and run a Global business in a trusted EU environment, offering online services in a multitude of fields: digital signatures, banking operations, document processing and access to authorities.

Latvia also channels a great deal of its efforts into the digitisation of services, notably in the area of fintech (financial technology). Its infrastructure makes it a promising environment for high-growth companies. The English online bank Revolut has recently launched in this market with great success.

The competitive edge earned by some of these countries, has enabled the streamlining of many business processes such as the processing of invoices within companies and organisations. In addition to the Baltic countries, other countries, such as Poland, are turning to a real-time, continuous auditing model in this area. Along with Hungary, Poland has made the digitisation of invoices a top priority, by passing a law to ensure all invoices are electronic. In 2017, this became one of the key drivers for the introduction of the new European invoicing standards. The new standards related to the way invoices must be structured, the information they must contain and their framework.

Dealings with the tax authorities have also entered a new phase in Poland. Since January 2018, VAT records now have to be sent electronically and all companies must comply irrelevant of their size. What’s more, a real-time VAT recording system used to register the invoices issued, will enter into force in Hungary from the 1st of July, 2018. This will be mandatory for all invoices exceeding HUF 100,000 of VAT, which is equivalent to approximately EUR 320. 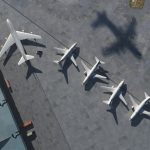 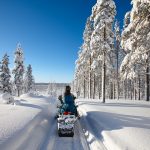