The benefits of blockchain for the business travel ecosystem

For some years now, the business travel industry has been reflecting on ways in which cryptocurrencies could be incorporated into its ecosystem. A number of airlines started selling tickets in Bitcoins, as did major aggregators such as Expedia. As well as the communication aspect of embracing innovation, these initiatives were a sign of the times, with cryptocurrency wallets growing in popularity amongst internet users. Nevertheless, the exceptionally high volatility of Bitcoin and more generally the slump in many cryptocurrency exchange rates have made these new payment methods much too unpredictable. Furthermore, in these first trials, cryptocurrencies have not contributed anything new. For vendors, the cryptocurrency was simply an additional currency to be managed.

Going beyond cryptocurrencies, the travel sector has a lot to gain from blockchain

The travel industry must of course follow the evolution of society’s adoption of cryptocurrencies, but in my view, blockchain appears to be more of an innovation driver for the future of business travel. This technology is of particular interest in a B2B context as it offers complete visibility. From a forward-looking viewpoint, with blockchain, companies will have access to a tool that will represent a major step forward in the seamless continuity between the booking, the business trip itself and the management of all the expenses incurred by employees. Currently, travellers who does not have corporate cards are required to put their expenses on their cards, then claim reimbursement from their employers. A dedicated blockchain would allow companies to virtualise all payments, making transactions secure and reliable, and naturally provide full traceability on the overall cost of the business trip.

Blockchain is the next step in the processing of expense reports

In the specialist area of expense report processing, blockchain can be seen as the next step following the widespread adoption of mobile technologies. From geolocalisation to voice recognition and OCR, these new functions are currently developing very rapidly, and cryptocurrency payment would fit in with the move to a centralised mobile-based system.

Recently, the sector has come to an agreement on data standardisation and transaction protocols for the implementation of the IATA’s NDC (New Distribution Capability) standard, which will allow airlines to quickly update their offerings on the GDS. This has an impact on the entire sector as new technology or a new standard cannot be put in place in isolation. I believe that the sector should take a unified approach in the adoption of blockchain technology and move towards a consortium blockchain rather than numerous private blockchains or those limited to one sphere of activity. Such blockchain technology cannot really exist until it is supported and put in place across the entire travel ecosystem.  The time has come for negotiations to make sure that blockchain takes off across the entire business travel ecosystem. 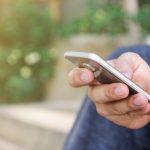 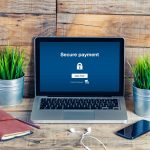