The Impact of Brexit

No one can avoid the rising frustration and concern regarding Brexit; the lack of agreement and conflicting media coverage, offering little clarity of the situation. With the clock ticking and the UK parliament seemingly no nearer a deal, companies across Europe are questioning the potential impact of the UK exiting (or not!) the EU and how this will impact business. With March 29, 2019 in the diary as the day when the United Kingdom is scheduled to complete the Brexit process, there is much to negotiate when you consider the decision essentially divorces 27 countries.

What about companies’ business and their business travellers?

We don’t yet know whether or not the UK still will have access to an “open skies” kind of arrangement post Brexit. Since 1997, any EU airline has been free to fly between any two points in Europe, enabling no-frills airlines to offer discounted rates and more flights. Brexit could result in new air service agreements reducing competition and forcing a rise in air fares once again.

The British pound fell sharply following the Brexit referendum in June 2016, and whilst this really benefitted UK tourism there is little evidence to suggest this had a positive impact on UK business travel.

According to the “SKIFT Corporate Innovation Report”, business travel incoming to the UK fell by up to 3% in the first half of 2018 and outgoing business travel by 7% year on year. The decline could be for numerous reasons, however the uncertainty around Brexit is certainly knocking business confidence and only time will tell how UK will fare economically in the long term. These thoughts were also echoed in “The Annual Global Forecast” published by GBTA, highlighting the drop-in management confidence due to financial, immigration and travel upheaval brought about by Brexit.

Could business travellers face longer lines and crowds at the airport and in big tourist destinations like London? Post Brexit it is likely that the UK “fast track” lane for customs will be exclusively for British passport holders and therefore EU nationals will have to file into the same long queue as all other non-UK citizens. Likewise, British passport holders could find long queues when travelling in Europe.

Will it be harder to work in the EU? It seems almost certain that your rights to work would be more restricted and more bureaucratic to arrange.

These are just a few of the many considerations for British companies to consider and whilst the true impact remains uncertain, how can companies prepare?

GBTA (Global Business Travel Association) recently published some recommendations to help travel buyers prepare for these uncertain times, these include:

So while there is little that can be done with so much uncertainty, travel buyers can take a few simple steps to ensure they are ready once a decision is made. Let’s hope this resembles the millennium bug back in the year 2000; a lot of unnecessary concern and panic! 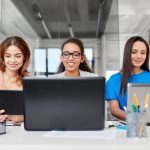 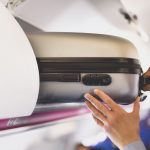