New York has once again secured first place for business travel, according to business traveller data published by BCD Travel in 2017. Within Europe, London is placed in first position, again, no surprise there.

But just behind these two leading metropolises, several new cities are now establishing themselves among the best-known destinations. Depending on which organisations provide the rankings, the positions they occupy change somewhat. But one thing is certain, they now seem to be firmly planted among the leaders.  Read on to find out if you are likely to be visiting any of these up-and-coming places in the near future:

– Dubai. The emirate is expected to have approximately 80,000 hotel rooms by 2020. Numerous economic diversification projects, free zone policies, and emerging sectors are bringing more and more professionals from all over the world to this small state. For example, the free zone at the port of Jebel Ali, where capacity exceeds 15 million containers per year, is home to more than 6,000 – mostly foreign – companies. Dubai is now one of the easiest countries in which to do business. New technologies, sustainable development, and the medical sector are the new areas with strong potential that are behind many business trips.

– Beijing. The ever-expanding Chinese capital is, of course, the symbol of China’s tremendous economic rise and local consumerism. This evolution is expressed by a strong enthusiasm for many Western products: a source of international connections. Certain sectors of activity, such as eco-business, have great potential and form new growth drivers, around which cooperation between China and Europe is developing. As a result, event initiatives around Beijing are multiplying. Shanghai and the capital have also moved closer together within the MICE market, to take advantage of the combined effect of the two megacities.

– Istanbul. Turkey, and in particular the Istanbul region, has perhaps the most market potential of all the gateways to the European Union. Despite political uncertainties over the years, foreign investors are not shying away. Quite the contrary! On the European shore of Istanbul, the big names of the western economy – from Sanofi to Danone, Michelin to Roche – are ever-growing. Foreign cooperation is increasing, for example in the automotive sector, where local demand is rapidly advancing. The new WOW Istanbul Hotels & Convention Center, with a capacity of 6,500 people, is testament to a consistently increasing number of visits.

– Singapore. If this city-state is seeing its attractiveness skyrocket, it’s thanks to significant changes in several fields. It has become a first-class financial centre, now ahead of Hong Kong, according to the London think-tank Z/Yen. Singapore is massively turning towards innovative solutions related to the city of the future (sustainable energy, intelligent mobility, IT security, etc.). Stability and security are the great strengths of this unique Asian power. Clearly valuable criteria for foreign investors.

– Bangkok. More than one specialist claims that today, Thailand is on its way to leaving behind its emerging status. Enhanced by many years of sustained economic growth and a rapid fall in the poverty rate, it benefits from an improved image and increased stability that attract many foreign investors. Bangkok, a sprawling modern city, is currently at centre stage and presents a national showcase, reflecting the vast projects that are being carried out in all corners of the country. Developments in the energy and trade sectors have boosted business travel along with the rise of high-tech projects, attracting business from around the world. 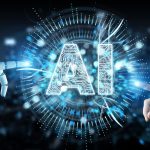 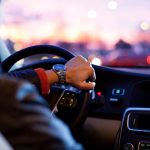