Transport strikes: What about Business Travel?

Since the end of March, France has been hit by various strikes across the rail and air sectors. Has this impacted and destabilised the business environment? Yes. Has this halted business and paralysed the market? Not yet. Ultimately, a new routine for travellers is emerging. A routine which involves checking how their travel plans, and their days, will be affected by the disruption. A routine which will become habit as strikes could continue for at least three months. Within this context, Traveldoo sought to get an insight into the business travellers’ frame of mind at the close of the third week of strikes — and the results are not as alarming as you may think.

Traveldoo conducted a survey for French business travellers. Respondents were able to express their views about available information, stress, fatigue, and changes in habits, among other subjects. Notably, while 67% of business travellers say they have missed a meeting in the past due to a strike, only 50% of them have chosen to postpone or cancel their business trips during the current series of strikes. This means that the remaining 50% decided to leave it to chance and stick to their planned agenda. We can conclude that the Business traveller is therefore relatively tolerant of this situation, dealing with the unexpected one day at a time. It must be said that this is not the first strike movement in France, and it certainly will not be the last. So what is the key to continuing to work and getting around? Flexibility.

To do this, one must firstly be informed: 73% of travellers report that they are personally taking steps to keep themselves informed of disruptions and cancellations affecting their journeys, mainly through research on the web. By way of comparison, 43% report being informed by their railway company, and 28% by their airline, but only 18% by their travel agency. You might say that this sounds rather stressful. But not as much as you might think. The stress level reported by business travellers is just above average and is estimated at 6/10, so tolerance and resilience are required. For 61% of respondents, the reported stress factors are cancellations and lack of information, while delays and waiting times are stress factors for 70%. Other fears, such as the non-reimbursement of expenses, or the stress of having to telephone different suppliers when it is not possible to get hold of them online, were also highlighted.

Are instructions given directly by companies? 70% of respondents say they have not received any specific instructions or official communications. The exceptional duration of this strike action effectively makes it an integral part of business travellers’ daily lives — though the situation is not comparable with a period of extreme weather.  Discussions on this subject are endless. Note that carpooling is clearly not yet considered to be an option for business travellers, since 93% say they never use it.

What if these strikes were an opportunity for companies to formalise their company travel plan? Since 1 January 2018, it has been a legal requirement for companies in France with more than 100 employees to have a Company Travel Plan. This legislation requires companies to implement measures to optimise and increase the efficiency of travel for their employees. For particular concerns about daily commutes to work, an application could be found for business travel during these periods of strike action. This should further reduce the stress levels of business travellers and improve internal support processes. 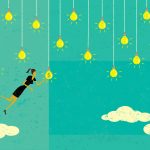 Should we give incentives to business travellers?Edito 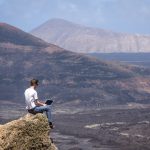