Trends for Business Travel in 2019

The Traveldoo teams join me in wishing you a happy and healthy 2019.

Admittedly, we’ve seen some challenges in 2018, prompting some to say it was time for the year to come to an end. The accumulation of bad news – which resulted in a slowdown in global growth – and a fundamental shift anticipated by the markets, have stalled since the summer of 2018.

And yet, paradoxically, activity recorded in the second half of the year was much more dynamic. We didn’t observe a slowdown in terms of business travel, as we perhaps expected. To the contrary demand has never been higher. The travel market is huge. It benefits from growing demand, emphasised by strong developments in new technologies.

Aerospace manufacturers’ order books are full thanks to the growth prospects for air transport. Never before have we travelled the world to this extent. In this era of constant connectivity and social networks, travel allows you to remain in touch with reality and with emotions that can only really be experienced through cultural discoveries and face-to-face contact with other people.

Business travel is no exception to this rule, and it’s just as well. A video-conference meeting does not have the same intensity and does not convey the same sentiment; it can also eliminate any notion of sharing and can hinder spontaneity. It only accentuates the distance, when in fact, you need to create proximity.

So, there will not be a revolution in 2019 but the confirmation of fundamental trends. The breakthrough of mobile bookings, the use of new payment means by virtual cards, the gradual implementation of NDC and, last but not least, the evolution of new travel policies aimed at enhancing the business travel environment with an enjoyable stay.

In 2018, we all worked to ensure compliance with the European GDPR directive. We mustn’t forget that by September 2019, the new European directive on payment services will come into force with its second version, more commonly known as PSD2. This aims, in particular, to make it mandatory to authenticate online payments of more than 30 euros.

In 2019, no one can know what the consequences – good or bad – of Brexit will be for the economy in general, as it will vary from sector to sector. One thing is certain, however: business travel has always demonstrated its ability to overcome crises and reinvent itself through new technologies and our simple, vital need to move around.

We look forward to seeing you at the Business Travel Show 2019 in London from 20-21st February, an essential event to get the year off to a good start. Traveldoo’s teams will be pleased to meet you as they do every year on stand B940.

So, optimism is a must, in 2019, along with some really encouraging prospects. 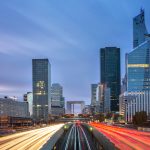 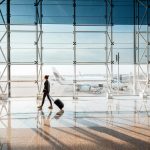